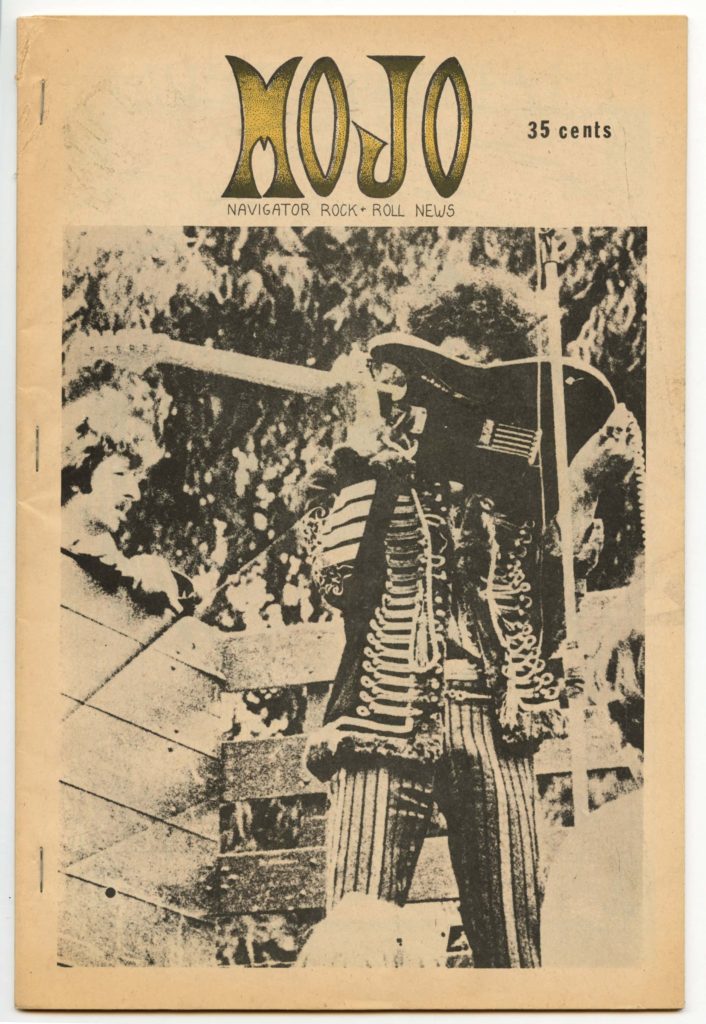 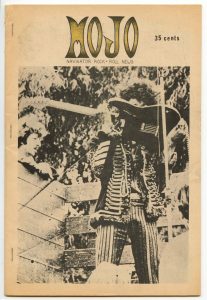 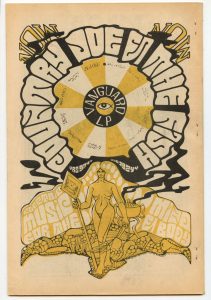 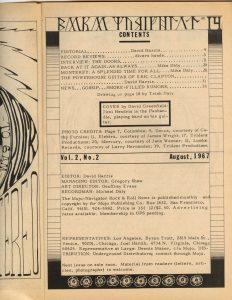 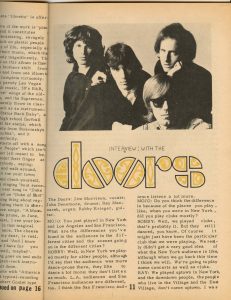 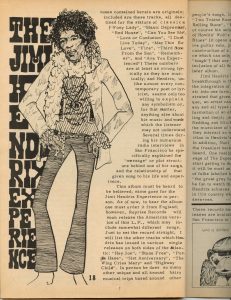 (Mojo-Navigator Rock & Roll News was published in San Francisco, California, U.S.A. in the 1960s, and covered the local alternative music scene. Fourteen issues were released between August 1966 and August 1967. It is seen as the precursor to the alternative journalism that followed in its wake, such as Crawdaddy and Rolling Stone. The first issue was published August 8, 1966. It was a mimeographed news sheet of two pages with concert announcements at the Matrix, Fillmore and Avalon. Greg Shaw was simultaneously publishing Entmoot, a publication devoted to Tolkien and his writings and the science fiction fanzine Feemwlort. He went on to publish Metanoia with Suzy Shaw in the 1970s, and his best known publication, Bomp!. Courtesy of Zinewiki)