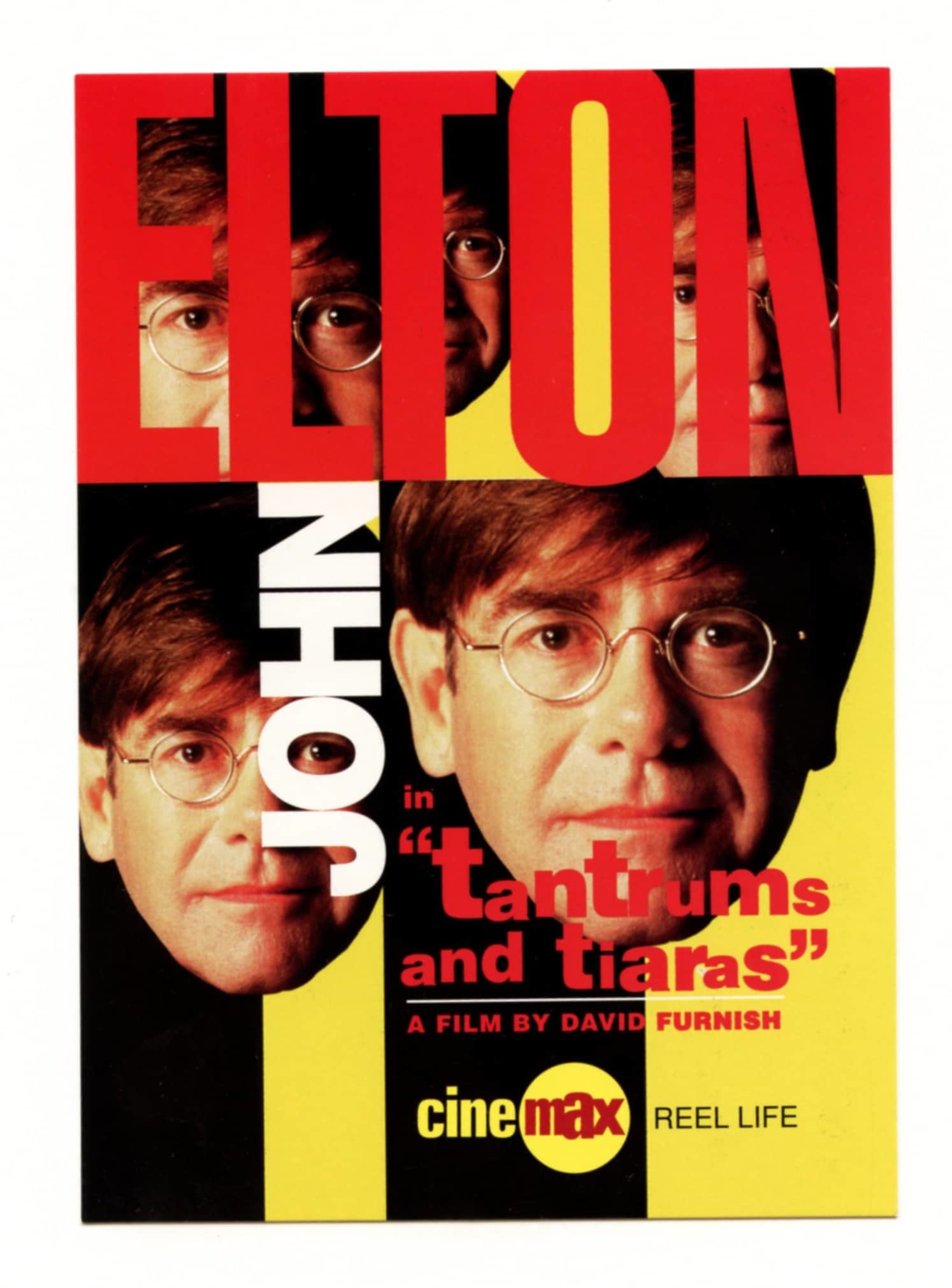 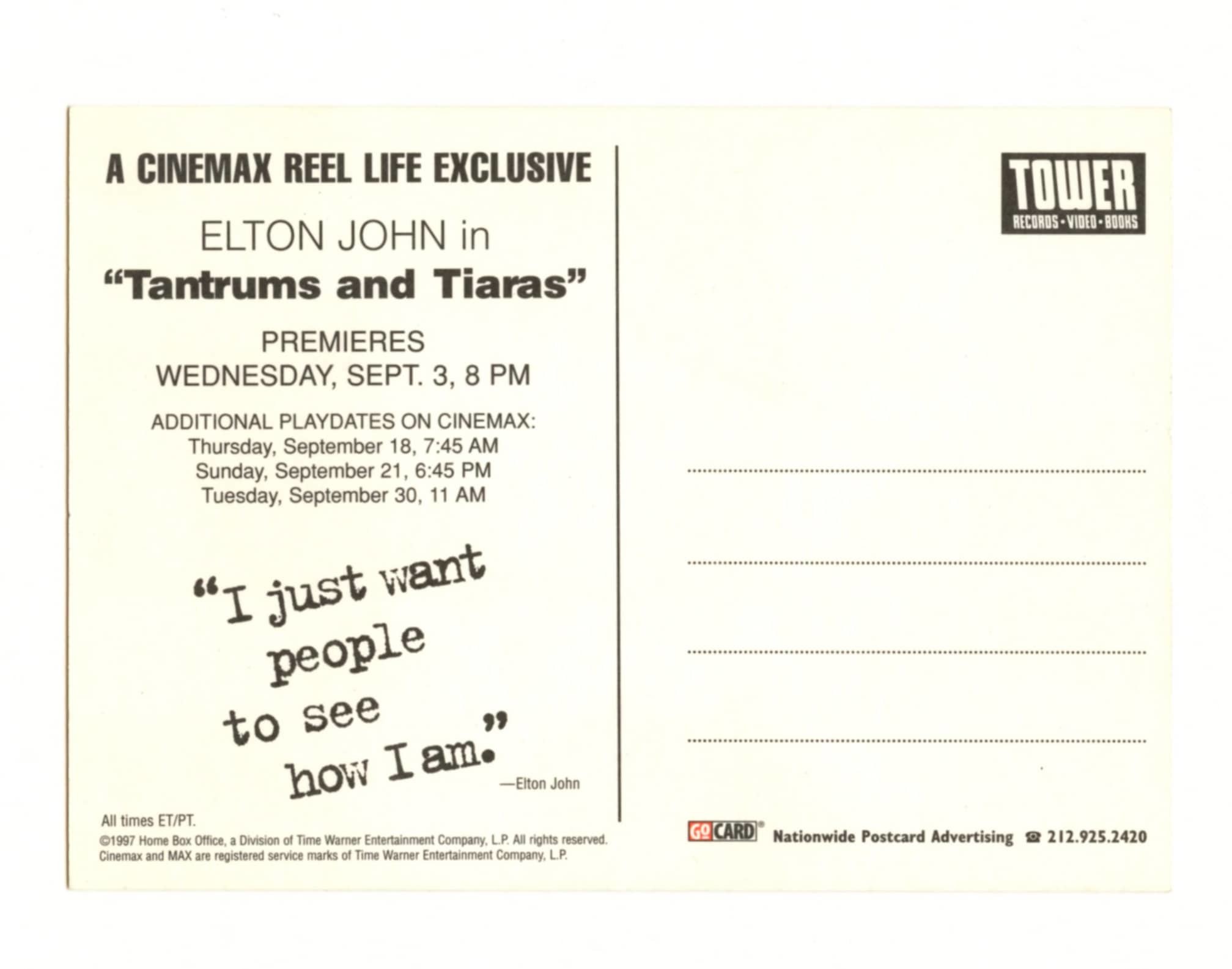 Tantrums & Tiaras is a 1997 documentary film about the musician Sir Elton John, directed by his husband, David Furnish. It was recorded during John's Made in England Tour in 1995 and includes parts of interviews and concerts. Included in the documentary is a large part of a concert John performed in Rio de Janeiro, Brazil in November 1995. In 1998, the documentary won a Chris Award at the Columbus Film and Video Festival.[citation needed] It was also re-released as a "Director's Cut" in 1997, and then on DVD in November 2008 with extra material.[courtesy of Wikipedia]