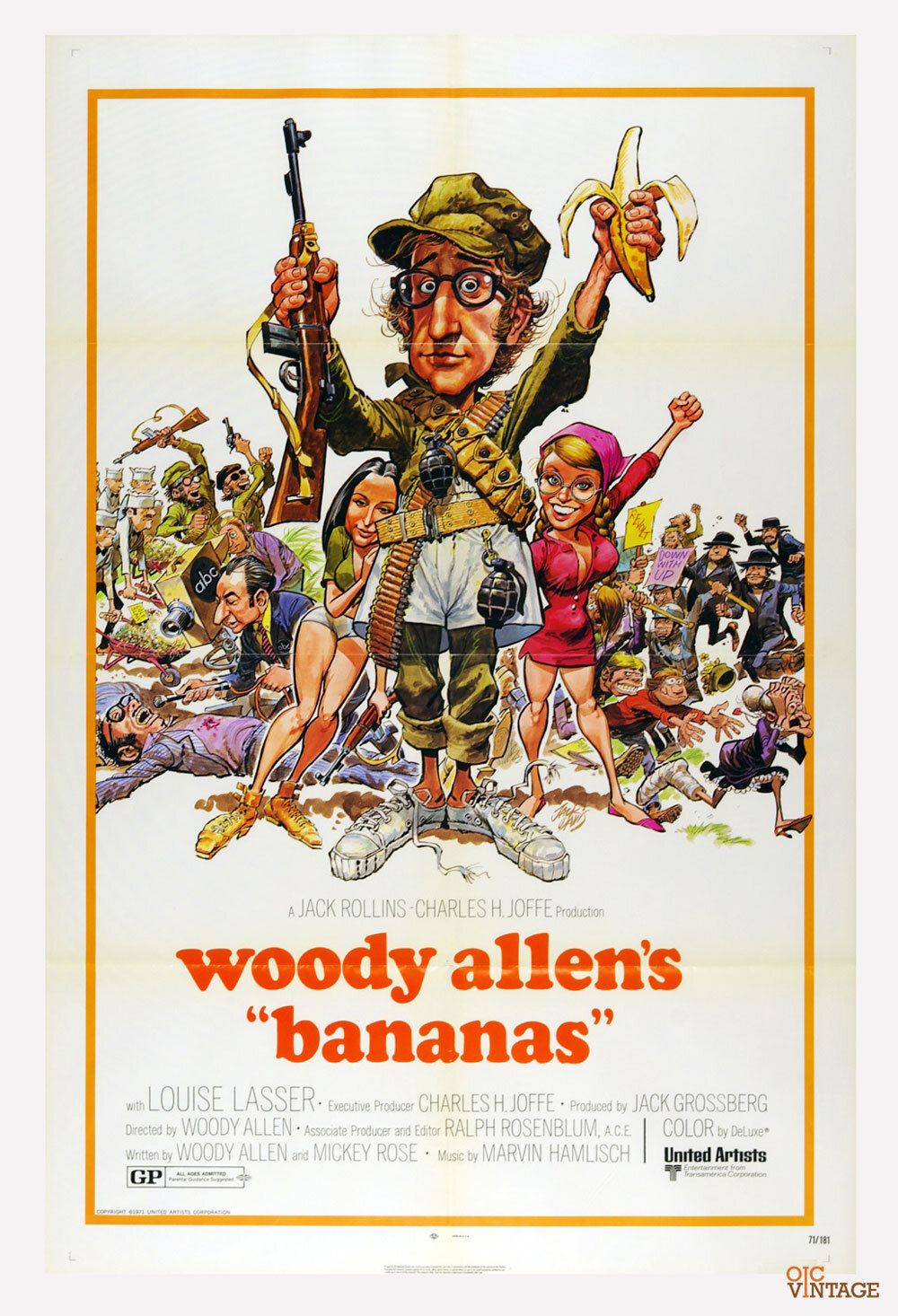 Condition: Very Fine+ to Near Mint, No Pin Holes, Image is Excellent condition, Normal Fold line wear, Surface wear and edge wear. age discoloration
Size: 27" x 41"
Made in USA
Bananas is a 1971 American comedy film directed by Woody Allen and starring Allen, Louise Lasser, and Carlos Montalban. Written by Allen and Mickey Rose, the film is about a bumbling New Yorker who, after being dumped by his activist girlfriend, travels to a tiny Latin American nation and becomes involved in its latest rebellion. Parts of the plot are based on the book Don Quixote, U.S.A. by Richard P. Powell. Filmed on location in New York City, Lima, Peru, and Puerto Rico, the film is number 78 on Bravo's "100 Funniest Movies". - 20th Century Fox Released

This is NOT the reprinted Poster. It is vintage original poster.
Before 1985, Movie Posters were distributed folded, stored folded. We will be shipping the poster folded. The poster is old and very fragile.