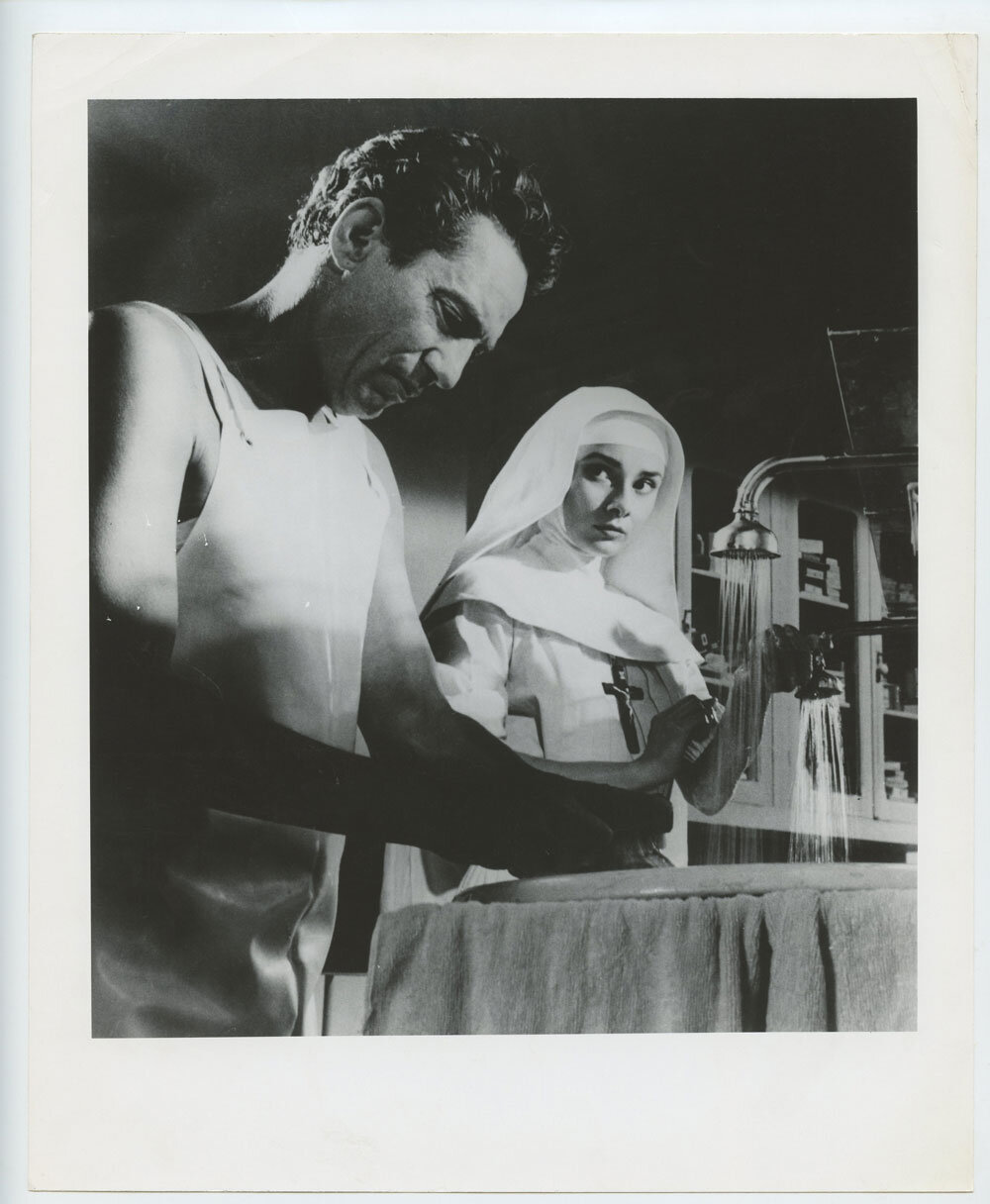 Silver Gelatin Photo is Original Vintage and fragile
What you see is what you will receive from us. Please see the picture for more detail

The Nun's Story is a 1959 American drama film directed by Fred Zinnemann and starring Audrey Hepburn, Peter Finch, Edith Evans, and Peggy Ashcroft. The screenplay was written by Robert Anderson, based upon the popular 1956 novel of the same name by Kathryn Hulme. The film tells the life of Sister Luke (Hepburn), a young woman who decides to enter a convent and make the many sacrifices required by her choice.