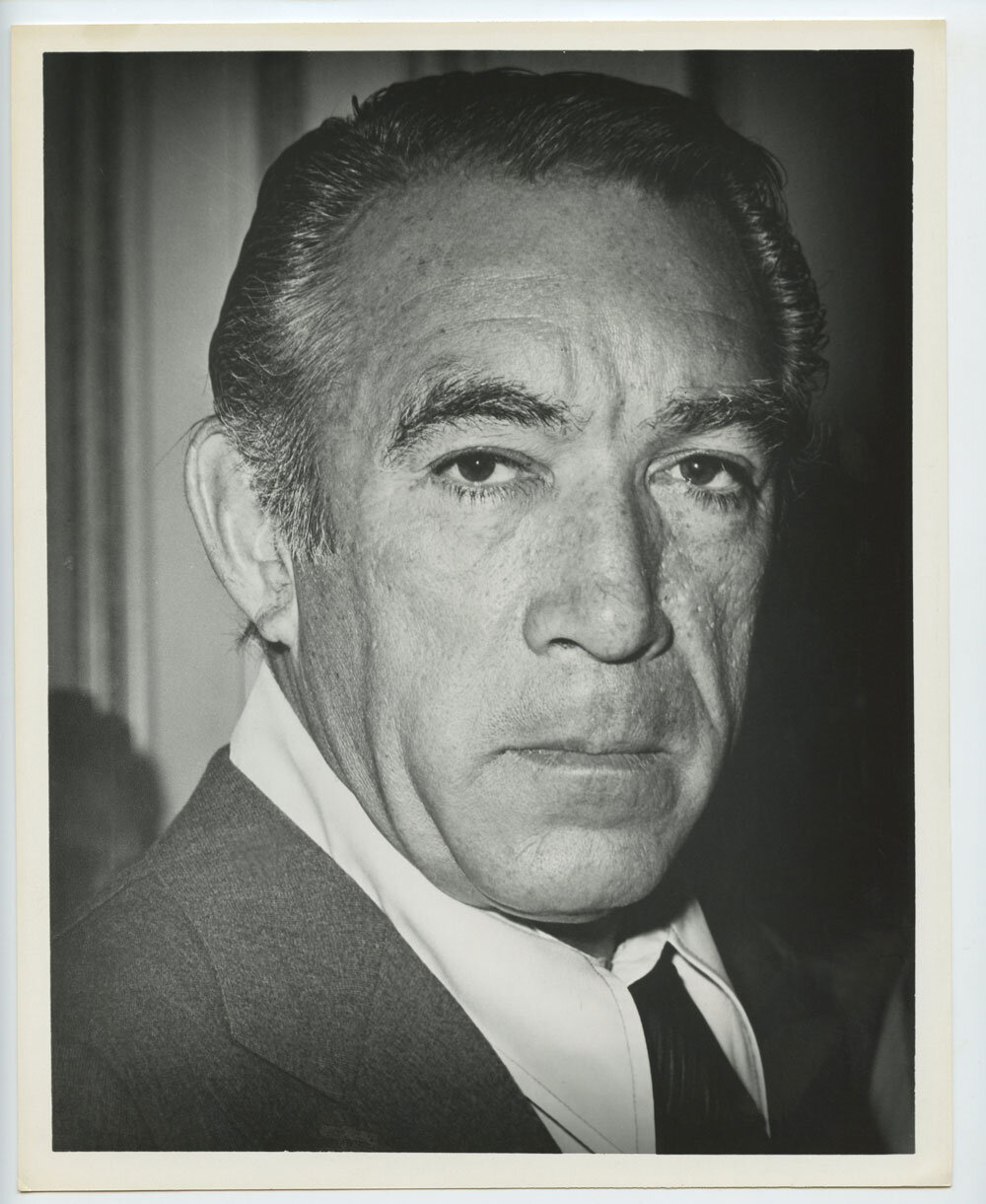 Antonio Rodolfo Quinn Oaxaca (April 21, 1915 – June 3, 2001), known as Anthony Quinn, was a Mexican-Irish-American actor, painter, writer and film director. He starred in numerous critically acclaimed and commercially successful films, including La Strada, The Guns of Navarone, Zorba the Greek, Guns for San Sebastian, Lawrence of Arabia, The Shoes of the Fisherman, The Message, Lion of the Desert, Last Action Hero and A Walk in the Clouds. He won the Academy Award for Best Supporting Actor twice: for Viva Zapata! in 1952 and Lust for Life in 1956. In addition, he received two Academy Award nominations in the Best Leading Actor category, along with five Golden Globe nominations. In 1987, he was presented with the Golden Globe Cecil B. DeMille Lifetime Achievement Award. [courtesy of wikipedia]