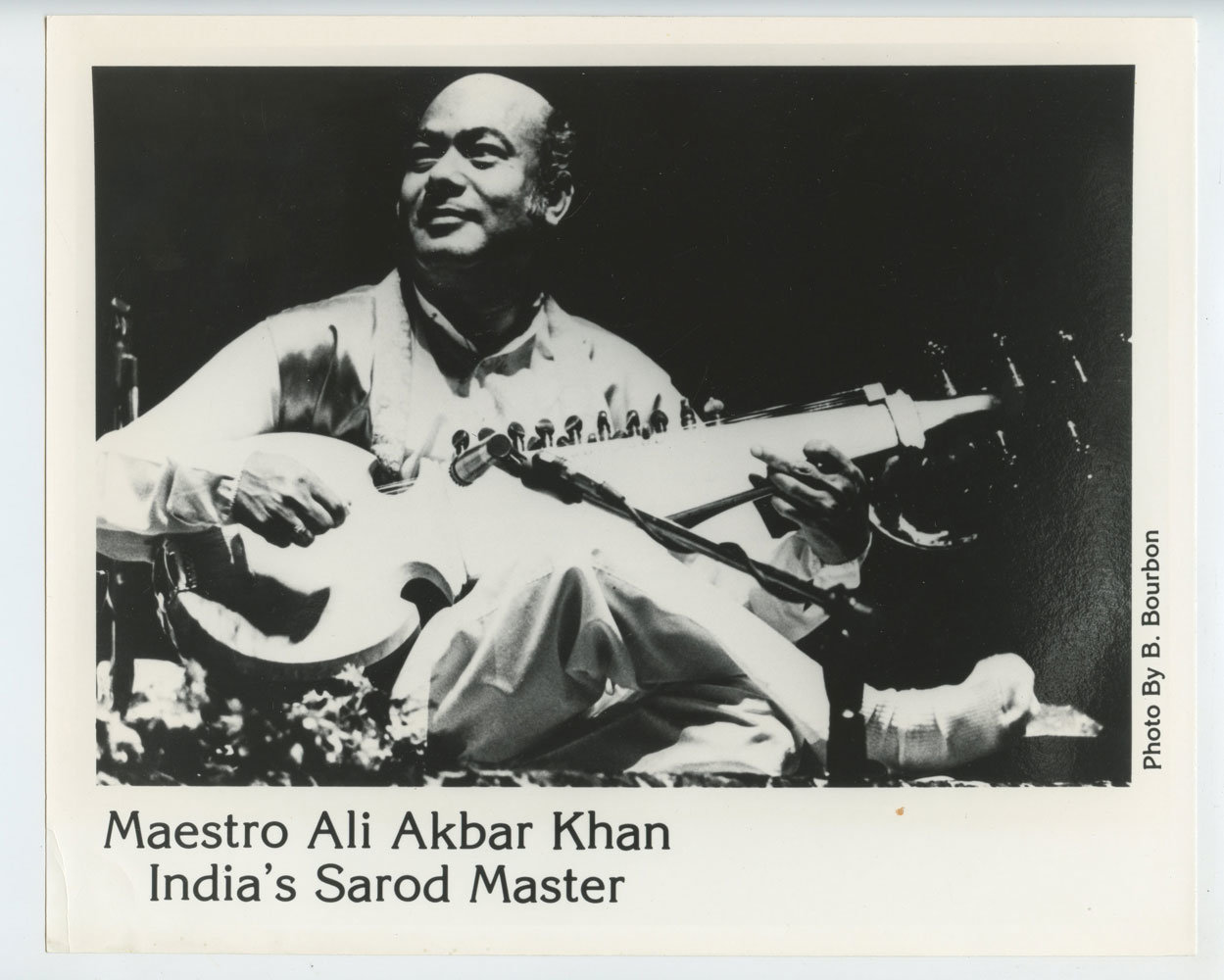 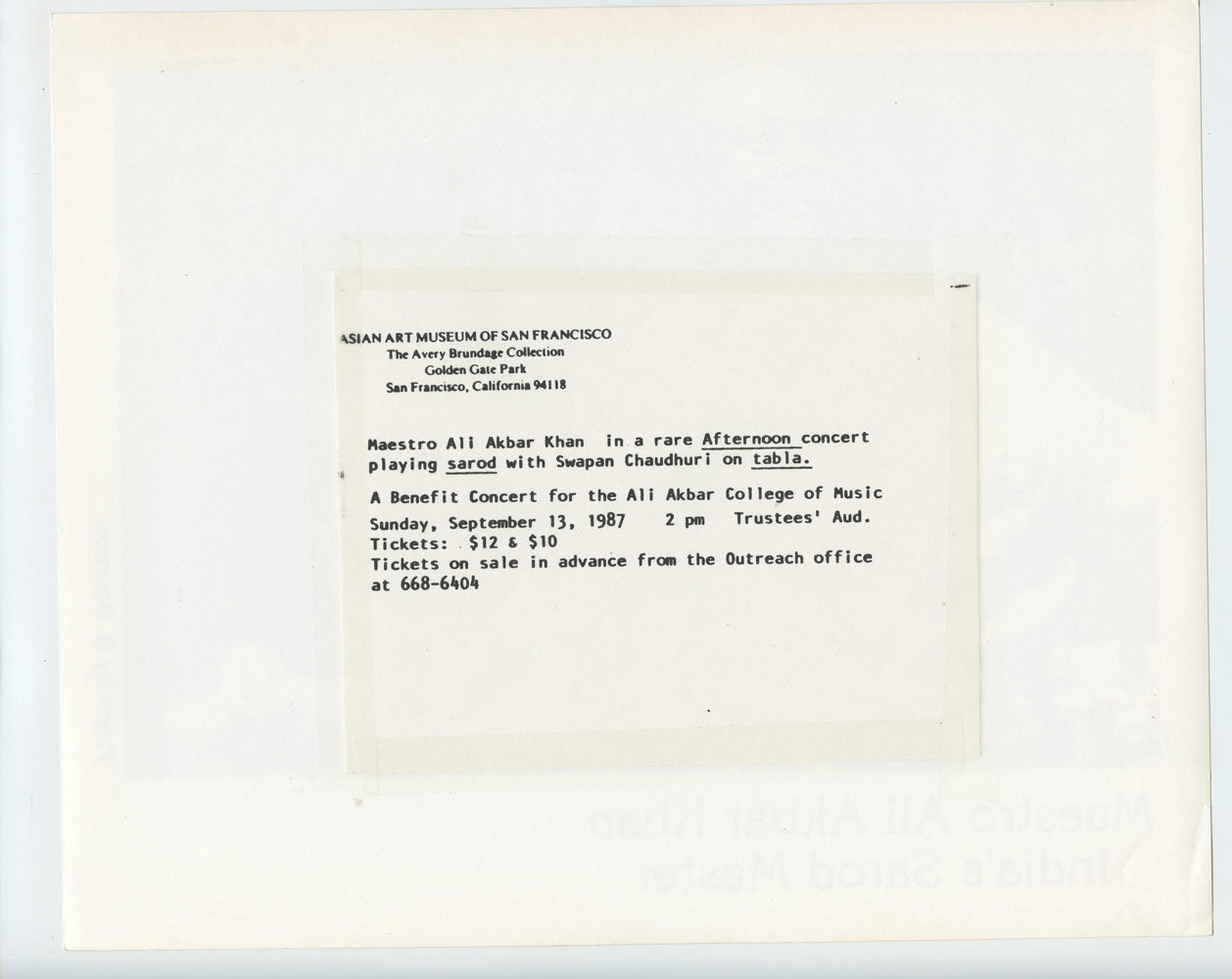 Photo is Original Vintage. What you see is what you will receive from us. Please see the picture for more detail

Ali Akbar Khan (14 April 1922 – 18 June 2009) was an Indian Hindustani classical musician of the Maihar gharana, known for his virtuosity in playing the sarod. Trained as a classical musician and instrumentalist by his father, Allauddin Khan, he also composed numerous classical ragas and film scores.He established a music school in Calcutta in 1956, and the Ali Akbar College of Music in 1967, which moved with him to the United States and is now based in San Rafael, California, with a branch in Basel, Switzerland. [courtesy of wikipedia]