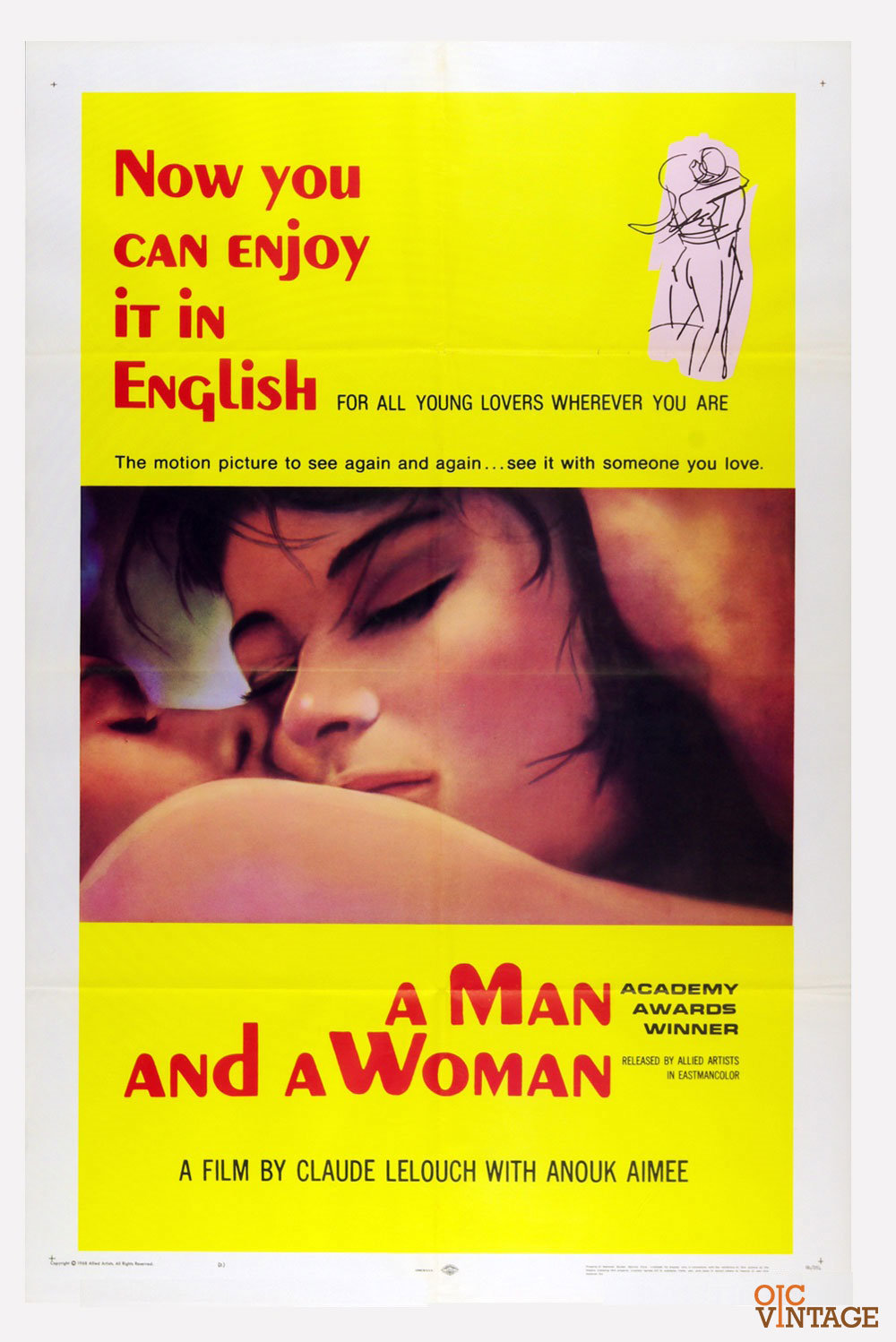 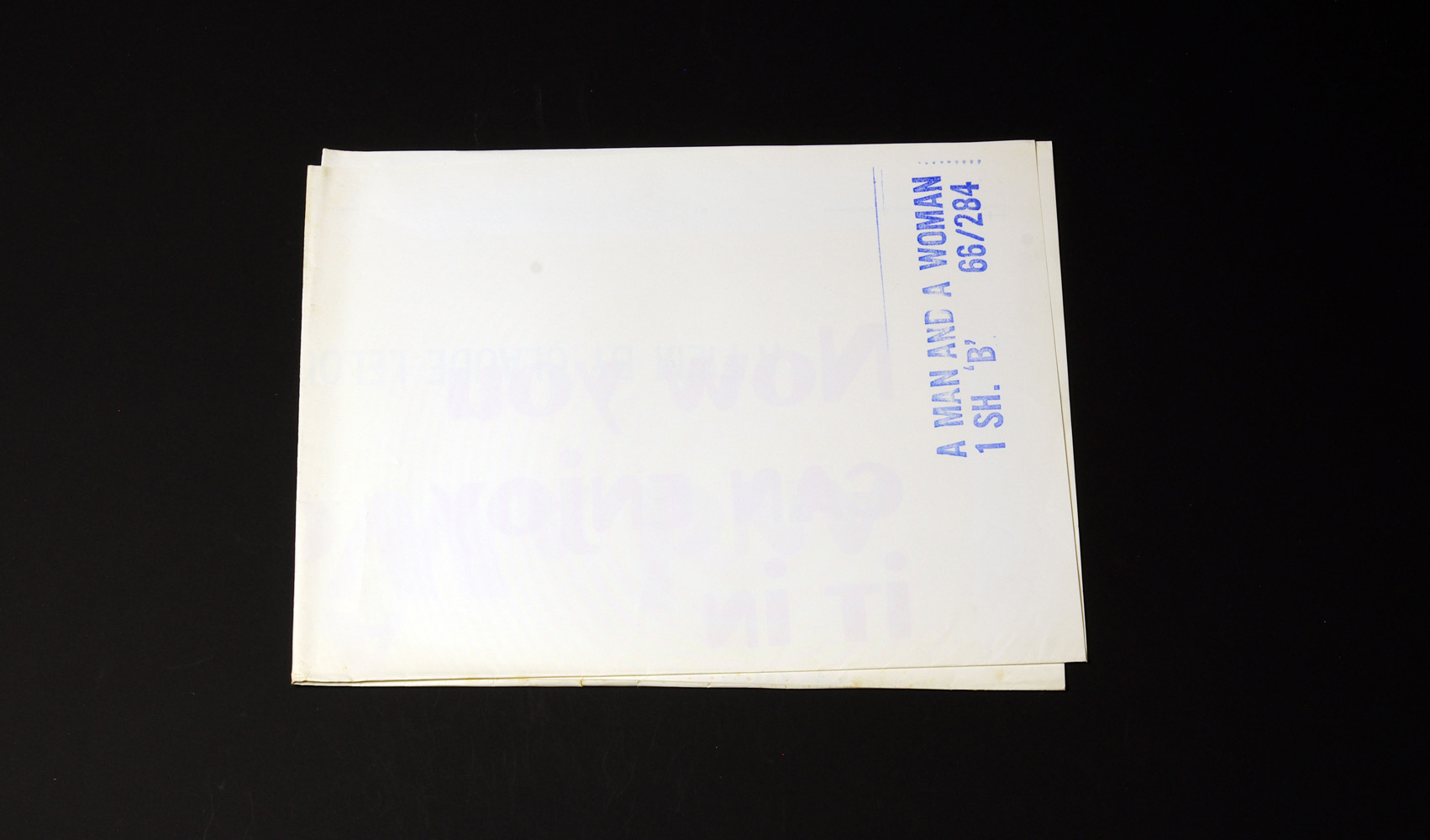 Poster is original vintage. Before 1985, Movie Posters were distributed folded. The poster is old and very fragile.

A Man and a Woman (French: Un homme et une femme) is a 1966 French film written and directed by Claude Lelouch and starring Anouk Aimée and Jean-Louis Trintignant. Written by Lelouch and Pierre Uytterhoeven, the film is about a young widow and widower who meet by chance at their children’s boarding school and whose budding relationship is complicated by the memories of their deceased spouses. The film is notable for its lush photography, which features frequent segues between full color, black-and-white, and sepia-toned shots, and for its memorable musical score by Francis Lai. – Allied Artists Released